Come and get to know the wonderful story of a neighborhood that has united diverse ethnicities and generations through art. Let's talk about a darker past that has transformed into a bright future!

The Cascais by Art Tour was born out of a partnership between ImpacTrip and the project Take.it, funded by the Escolhas Program and managed by Fundação O Século, which has been present in Bairro da Torre in Cascais ever since March 2013. The initiative was created to value the capacity of mobilization and the initiative that the group Somos Torre has had in its community. In fact, the Bairro da Torre has gained a new sense of community, reflecting itself, too, in intergenerational relations.

During your tour, you will get to visit an open-air museum that introduces you to the story of a community – full of colors, feelings, change, friendship and equalities. You will take a stroll through the streets of the Torre neighborhood, revealing their true stories through their street-art filled buildings that once used to be covered with racist graffiti.

This is Cascais by Art, an urban art gallery that has transformed a neighborhood as well as the people who live within it. In addition to dressing the buildings with color, joy, and positivity, these true works of art covered up the racist and xenophobic messages, provided opportunities to the local youth, reunited people and immortalized stories of this neighborhood that housed the many fishermen from the Cascais Sea.

The melancholic stories of the Bairro da Torre are told from personal testimony and first-person perspective by young guides formed by the group Somos Torre and by ImpacTrip to make this social business even more dynamic. As you are strolling through the streets of the Bairro da Torre, you’ll hear thought-provoking stories of transformation, overcoming and unity. At each corner, you’ll receive a friendly smile, a “Bom Dia!” (Hello!) or a curious look off a balcony, and you will feel that spirit of community and friendship that for many years hasn’t been seen in that neighborhood. This tour will not only leave a positive contribution to the local community but also to your stay in Portugal! 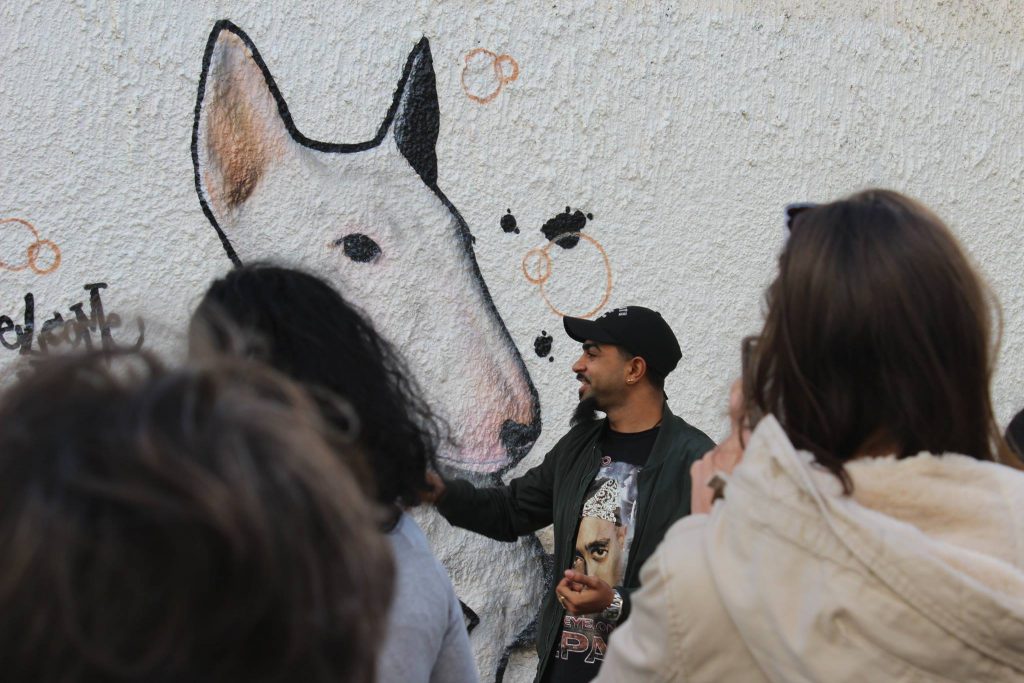 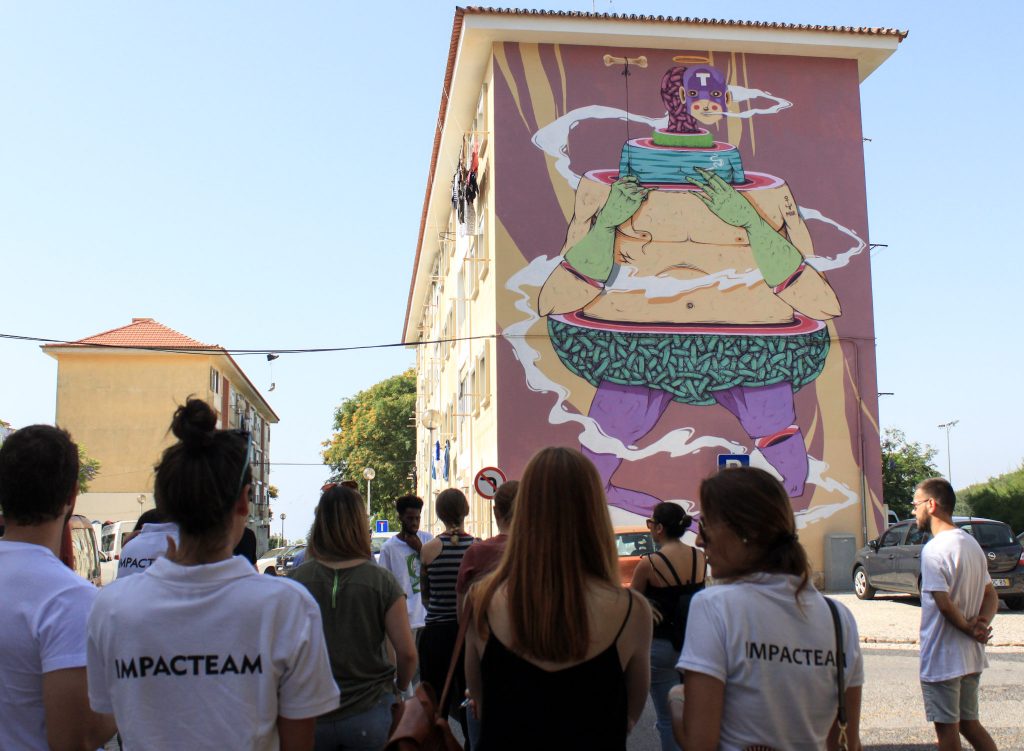 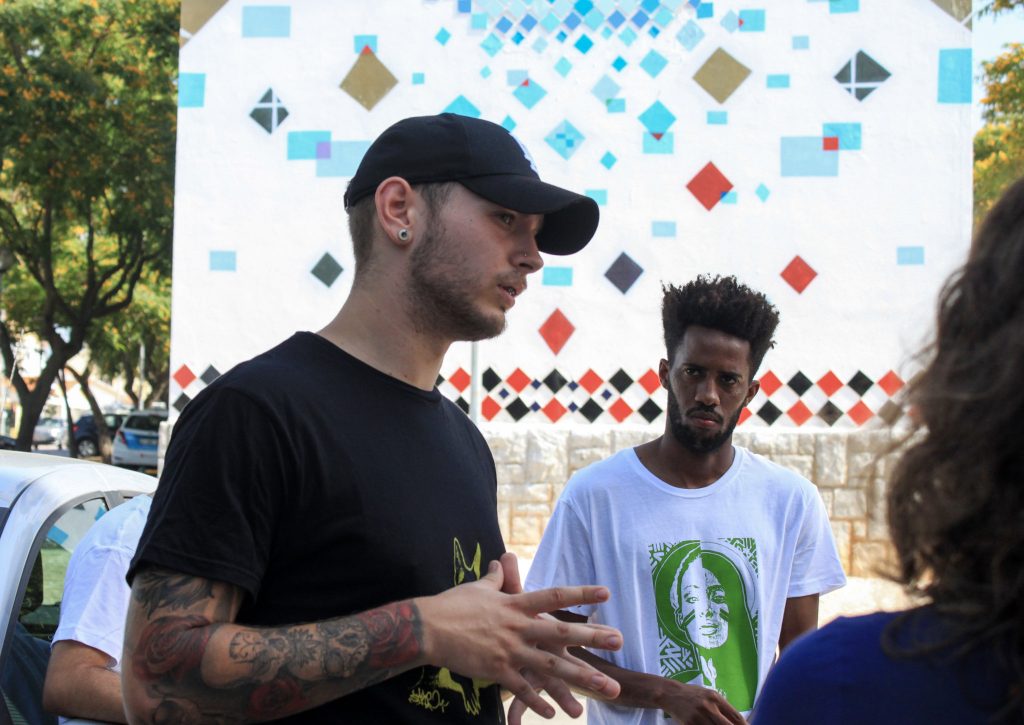 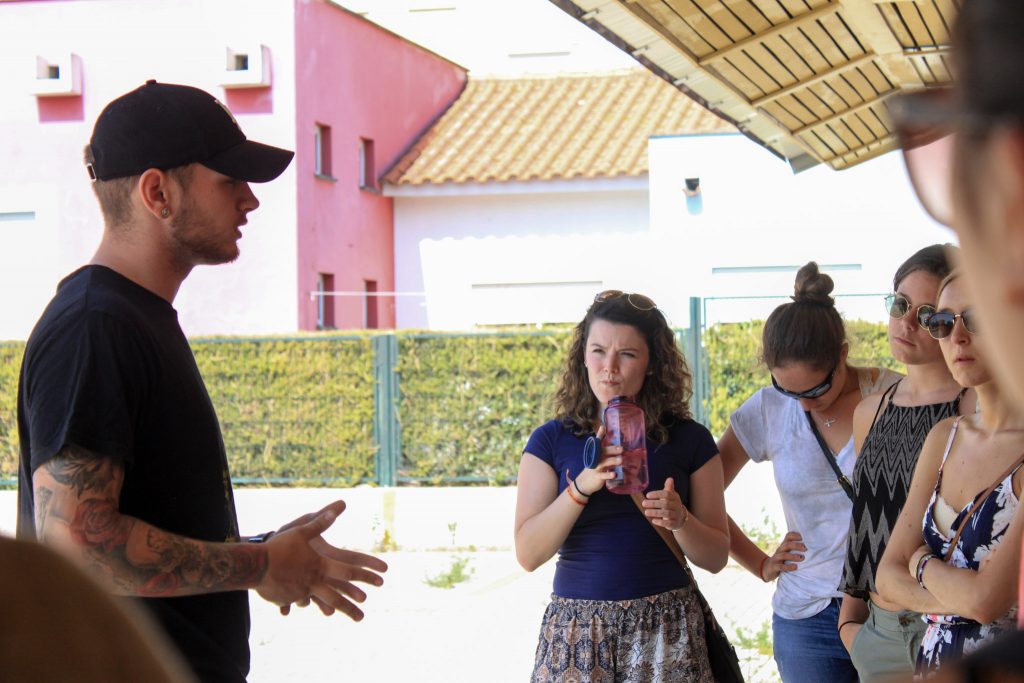 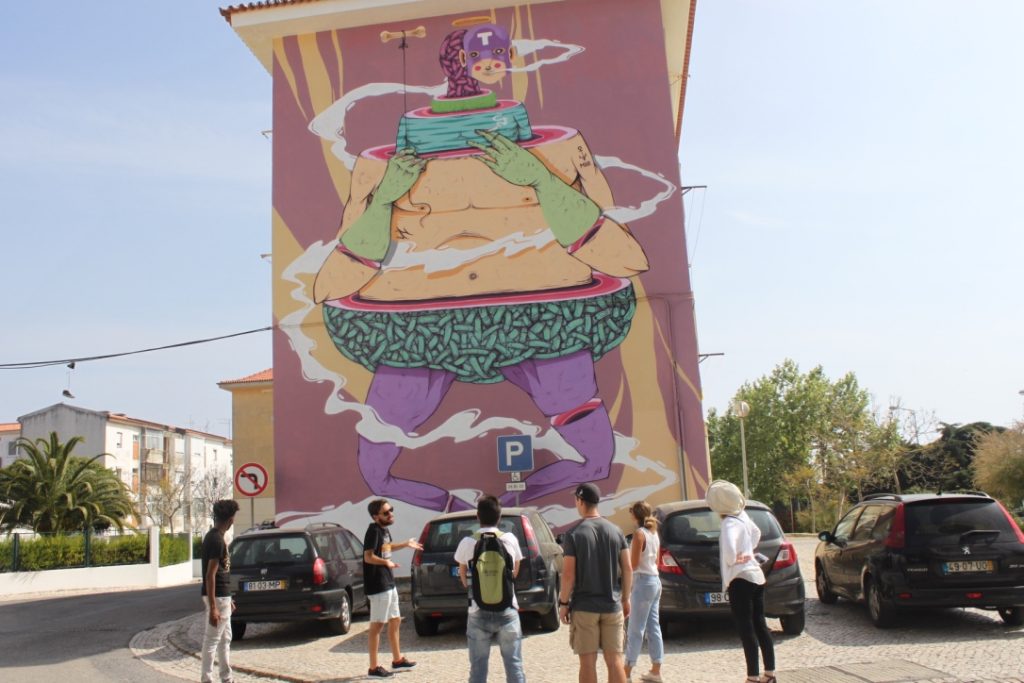 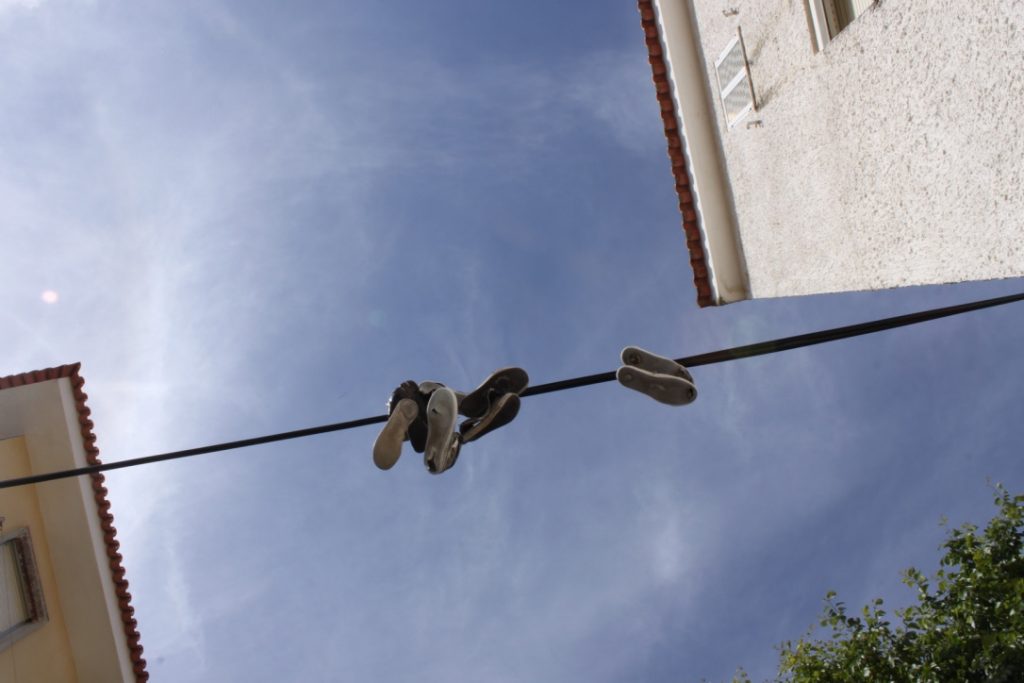 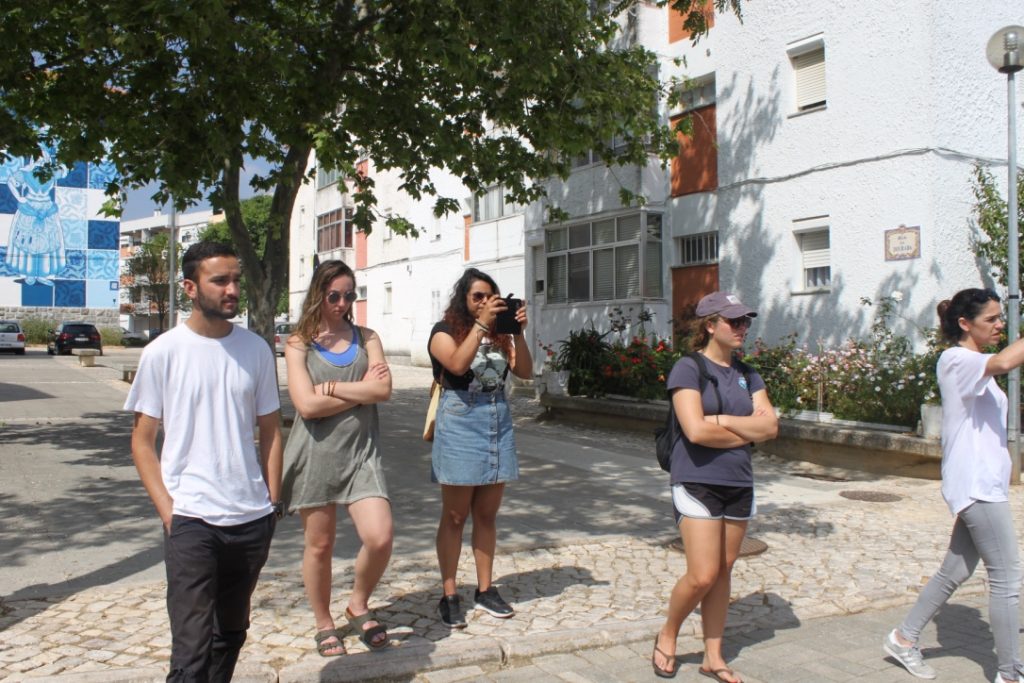 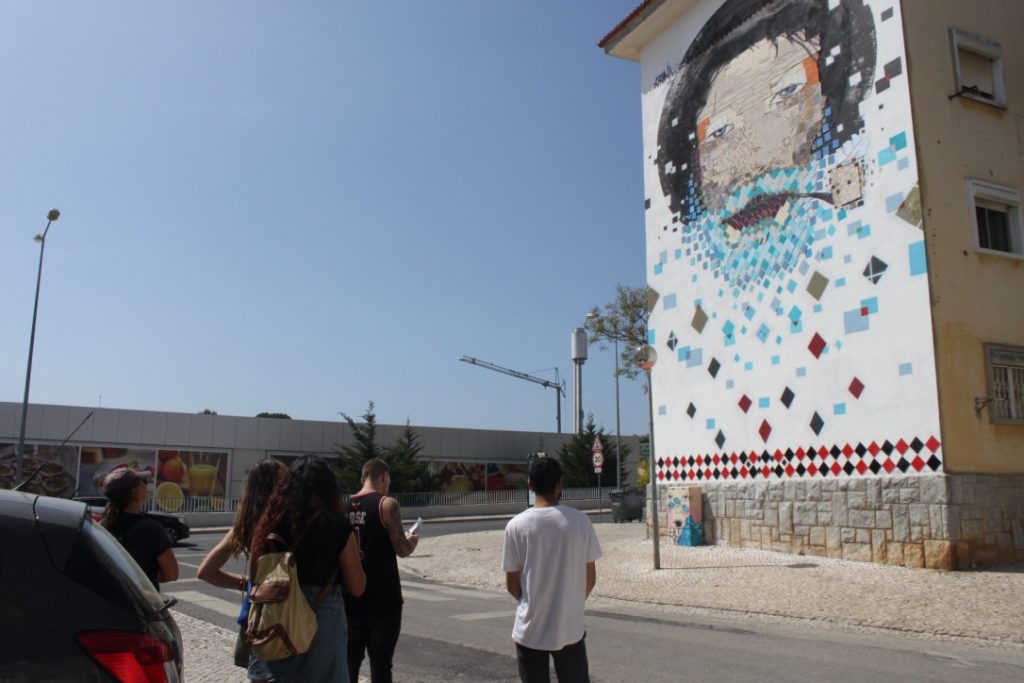 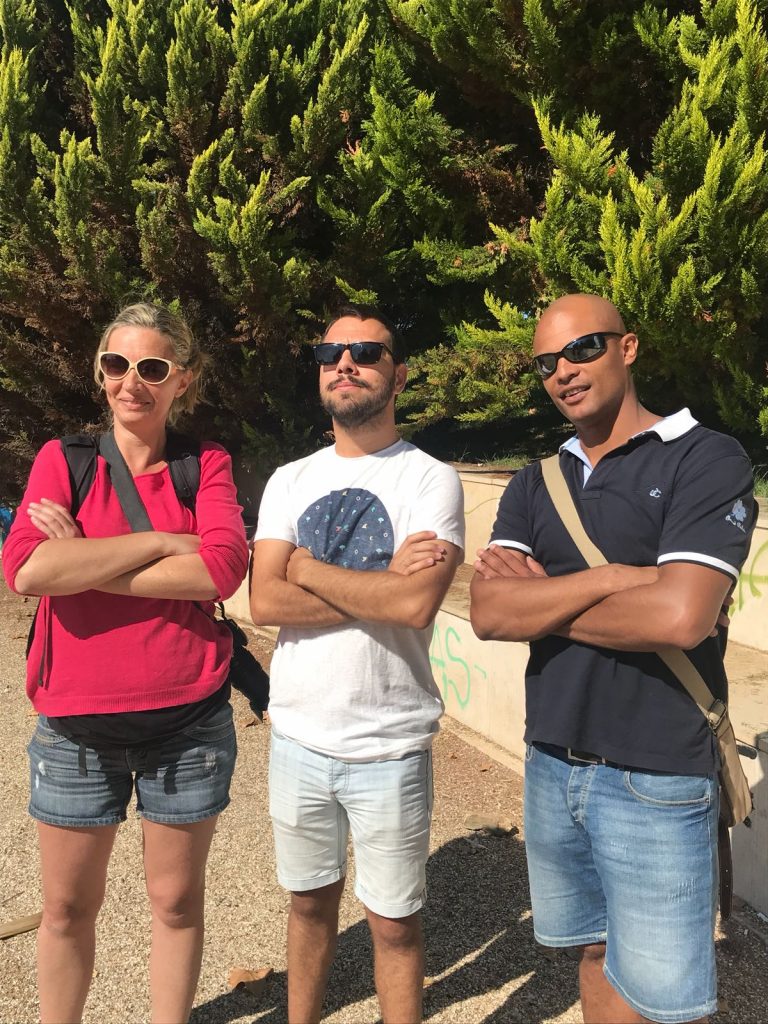 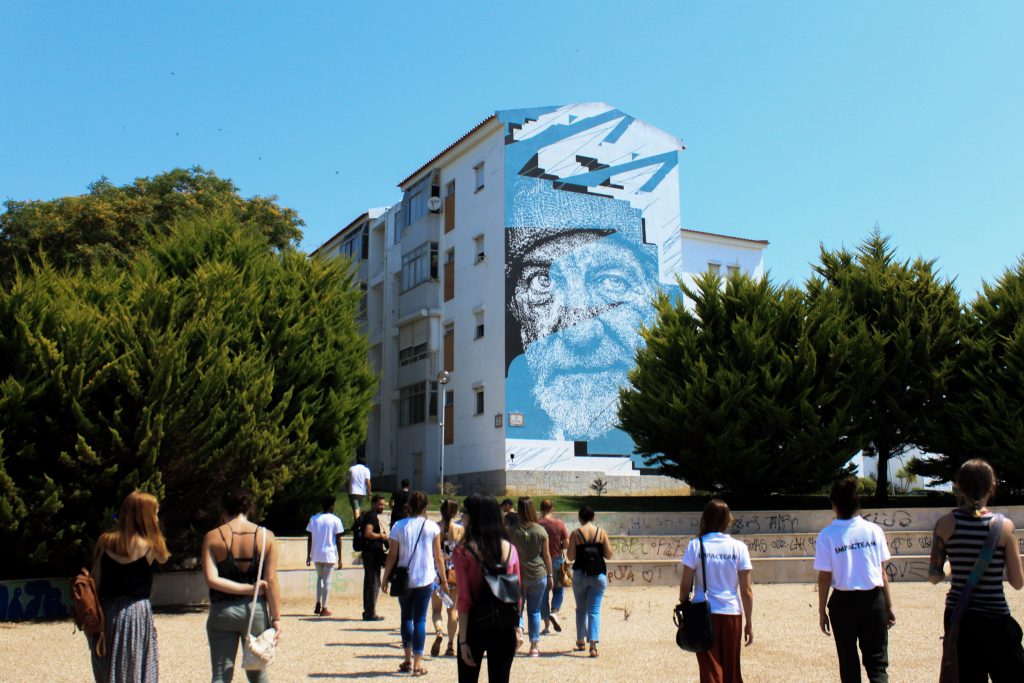 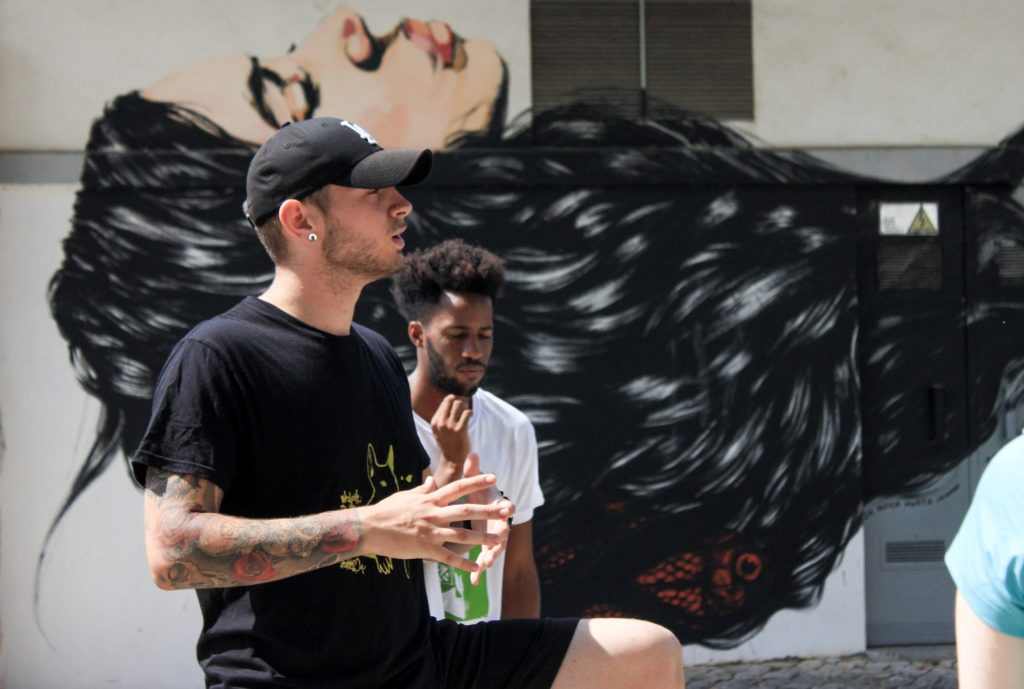 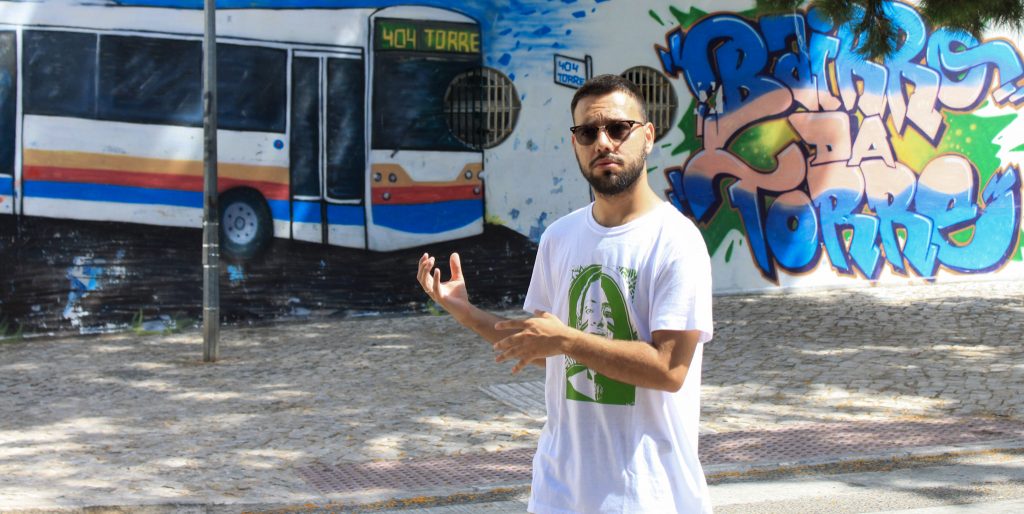 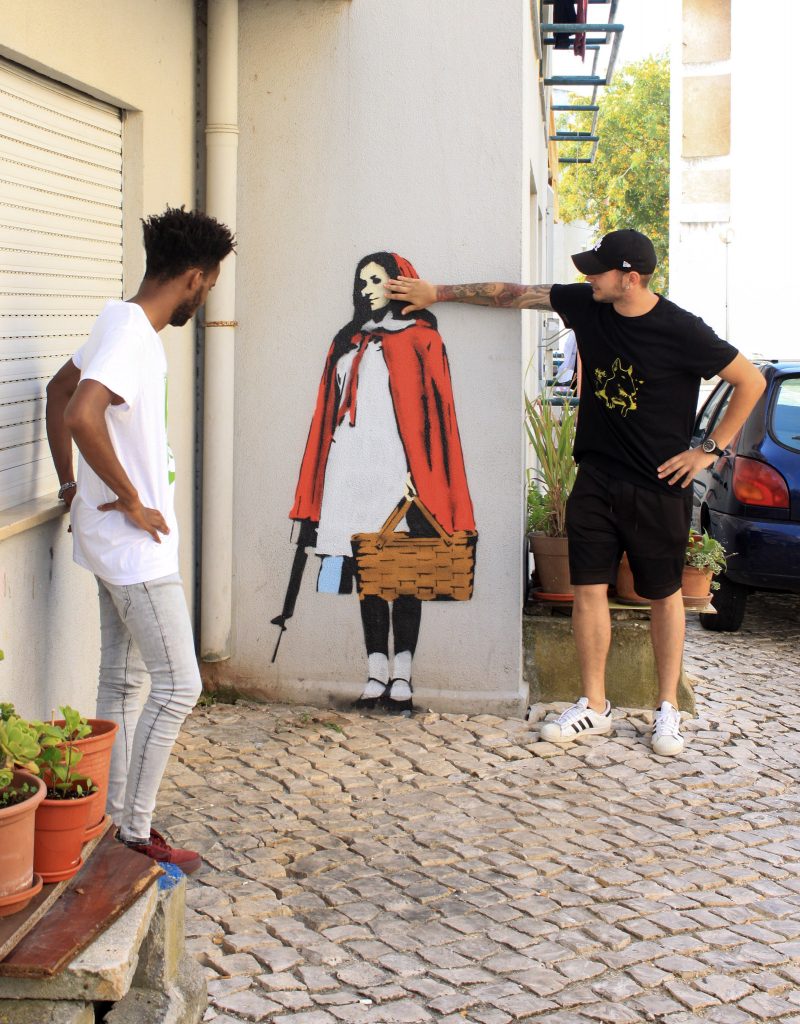 More about this Program

What is the itinerary of this experience?

Am I provided with insurance during my stay?

Your program fee includes civil liability insurance with limited coverage, that only covers accidents that may happen during your volunteering shift.

We highly recommend you to get full health, travel and accidents insurance in your home country!

Are children allowed to join this volunteer program?

Yes, children are also allowed to take part in this program, if they are accompanied by their parents or legal representative!

Do I need to book my stay well in advance?

No, not necessarily! Depending on the current availability of the program of your choice, we may even be able to accommodate your stay and participation for the upcoming week! However, both in our responsible travel experiences and our volunteer programs as well as regarding our available beds in the hostel, we do sometimes reach our full capacity and therefore recommend booking your stay with us as early as possible to secure your spot!

Do I need to speak the local language?

No, you don't need to have any previous skills in the local language! All of our programs are run entirely in English and our guides and staff are all comfortable speaking English as well! But we always encourage our participants to get acquainted with some of the most basic terms and expressions, as even just a simple "Good morning!" in the local language can be a great icebreaker to start interacting with the locals!

Does this experience also include food and beverages?

No, this experience will not include any food or drinks!

Does this experience include the transportation from my accommodation?

No, your transportation is not included, but we can offer this service for an extra cost! Just shoot us an email and let us know the exact time and location, and we'll be there on time!

Does this program require a high level of physical fitness?

No! All activities within this program only require a medium or low level of physical fitness!

Is accommodation also included in this experience fee?

No, accommodation is not included in this trip. You'll need to organize your own accommodation, but we are happy to assist you in finding a suitable one if you like! Feel free to get in touch with us!

Shall I bring special clothes to participate in this volunteer program?

There is no mandatory dress code for taking part in this program, so we just recommend you to bring comfortable clothes adjusted to the time of the year!

Impactrip deposit fees are designed to be as affordable as possible to allow everyone to join our programs. Therefore, considering its limited capacity and the expectations of everyone involved, ImpacTrip is unable to provide a total refund policy.

The deposit fee is refundable until sixty days before the start date of the volunteer’s chosen program. Requests for deposit fee refunds must be made via an email to your ImpacTrip Booking Manager, clearly detailing the reasons for cancellation.

Cancellations are subject to the following policies:

ImpacTrip reserves the right to revise its program fees at any time. All program fees revisions will be made via the ImpacTrip website. Program fee revisions are not applicable to volunteers who have already submitted their payment before the revisions are due to take effect. A volunteer’s placement on a program is not confirmed until the deposit fee has been paid in full and the availability has been confirmed by their ImpacTrip Booking Manager.