Experience Lisbon’s once “forgotten” neighborhood through the eyes of a local, as migrant guides lead your way through the steep staircases and narrow alleyways of the multifaceted quarter Mouraria, in an experience that supports the active integration of refugees and immigrants into the local society.

Many centuries ago, Lisbon’s central neighborhood Mouraria, located right below the Castelo de São Jorge and directly neighboring the picturesque Alfama quarter, was set up by the Portuguese conquerors to relocate the subordinated Muslim population outside the city walls.

Up until today, Mouraria is considered Lisbon’s most multiethnic neighborhood and can be regarded as a symbol for Lisbon’s image as a truly multicultural European capital, triggered by Portugal’s ancient history and geographical proximity to the African continent. Nowadays, migrants make up around 30 percent of Mouraria’s local community, and over 50 different nationalities are living here side by side.

For the longest time, however, a darker image clung to this district like an overarching shadow, preventing it from revealing its ravishing beauty to the outside world.

As it was home to a large proportion of Lisbon’s poorer immigrant population, Mouraria was widely regarded as an unsafe place, devastated by crime and social and economic tension, and certainly a district better to be avoided.

This walking tour through Mouraria manifests one of the first local initiatives to really promote visits to the district, in order to help this otherwise almost forgotten neighborhood of Lisbon to self-discover its full potential and proudly illustrate its colorful beauty to the outside world. It isn’t only its ever-so-narrow alleyways and steep sets of staircases that make Mouraria so worth to visit, but also its rich and multifaceted cultural history, shaped over centuries by its multiethnic makeup and customs and traditions from all around the world. Mouraria is considered to be the birthplace of the Fado, Portugal’s world-renowned melancholic and mournful music genre, and offers an incomparably colorful palette of flavors and scents, musical tunes and dances, artisan goods and cultural organizations.

Migrantour – New Roots is a European project that aims to promote immigrants and refugees, in the creation of a new narrative about immigration. Have been implemented in 5 countries and 10 European cities.

‘A Walk for Diversity’ is an urban walking tour that promotes the active integration of the refugee and immigrant community into the Portuguese society, demonstrating in full bloom all the benefits and untapped potential of a truly multicultural society. Discover this neighborhood through the eyes of a local as the migrant guides will share their most personal and cultural stories and memories with you during this 2.5-hour walking tour through the alleyways of Mouraria, in an experience that will really stimulate all your senses. 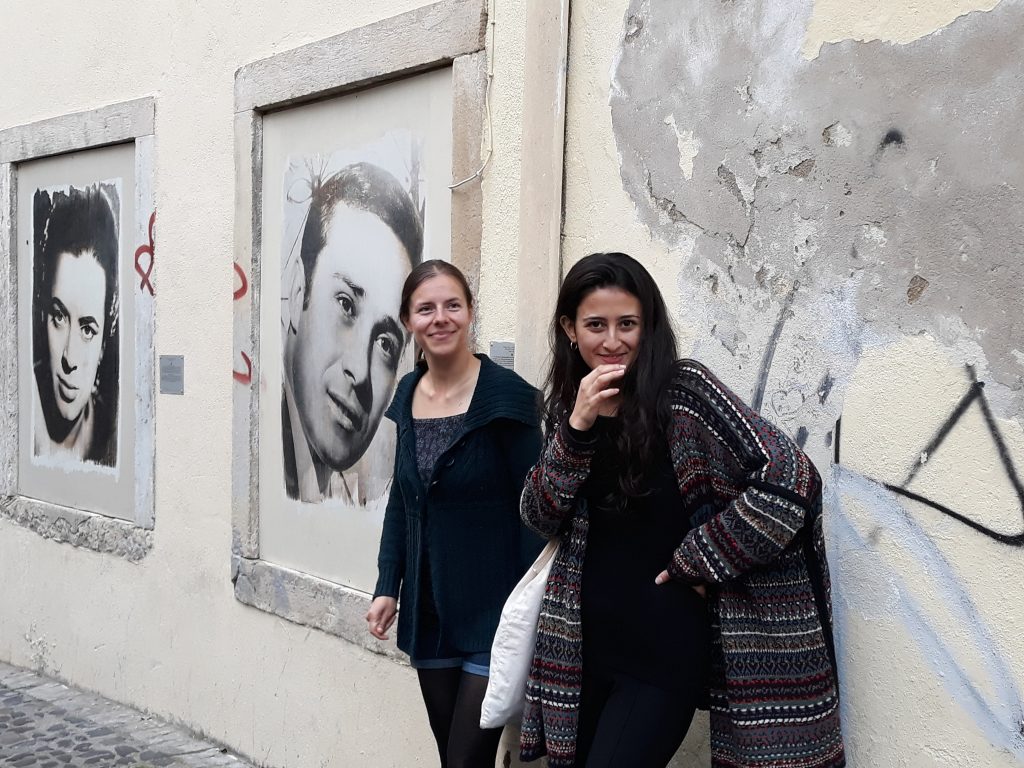 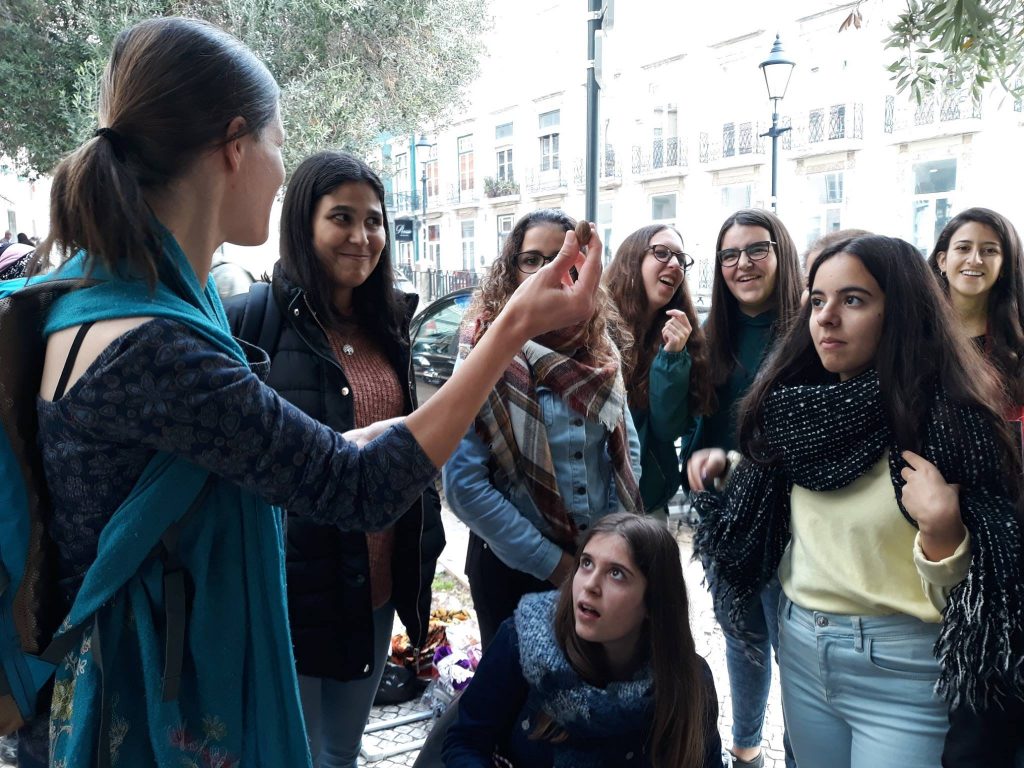 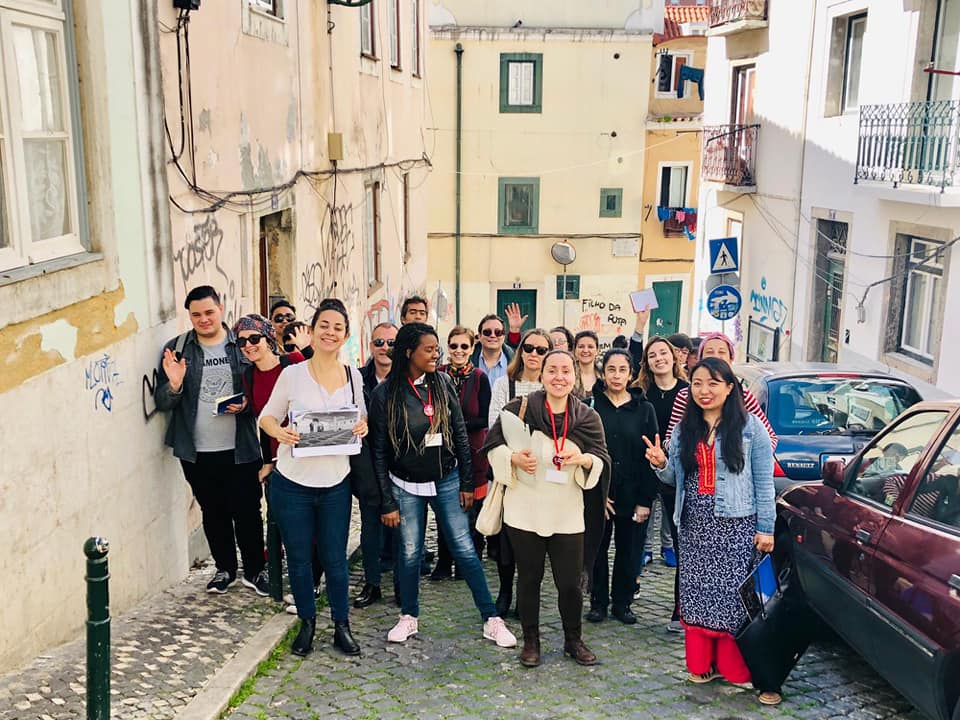 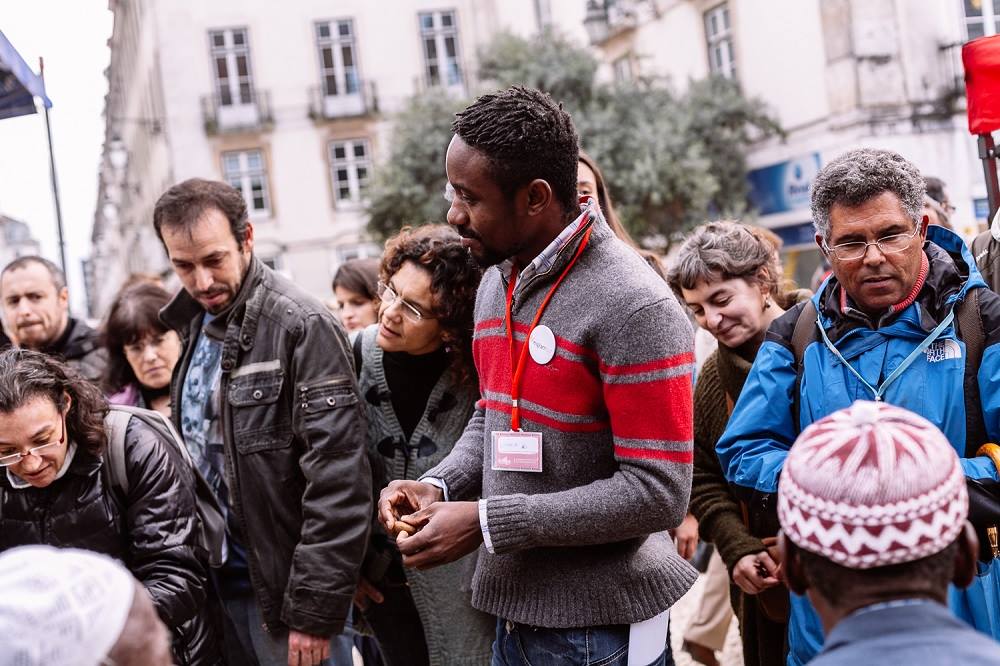 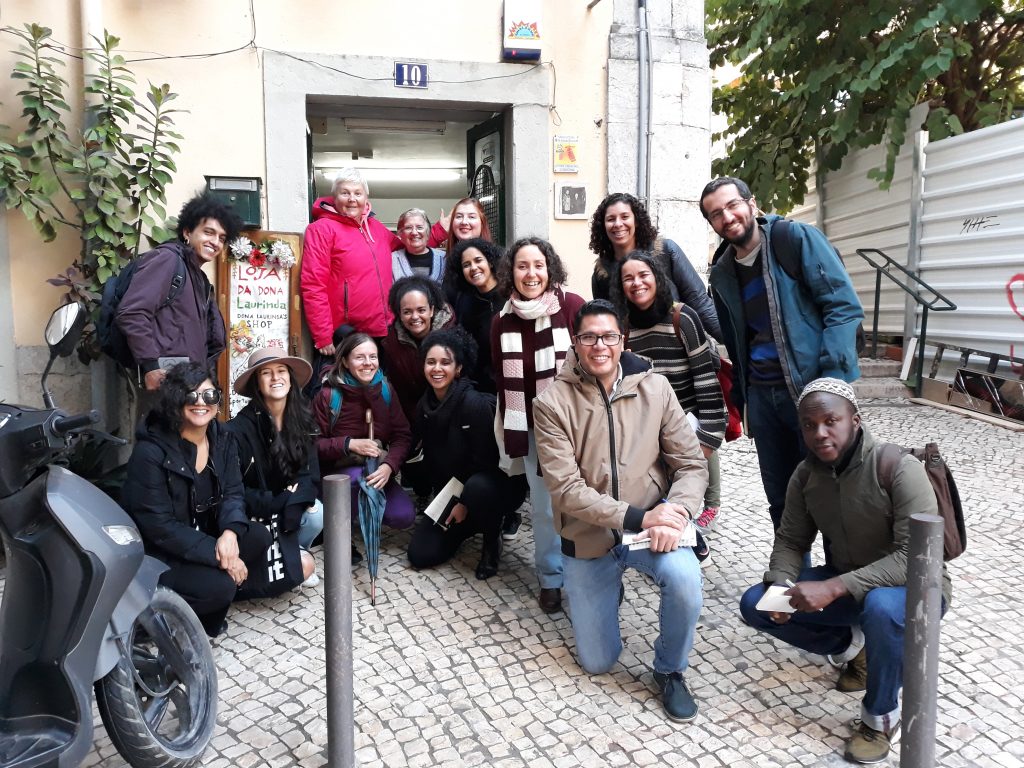 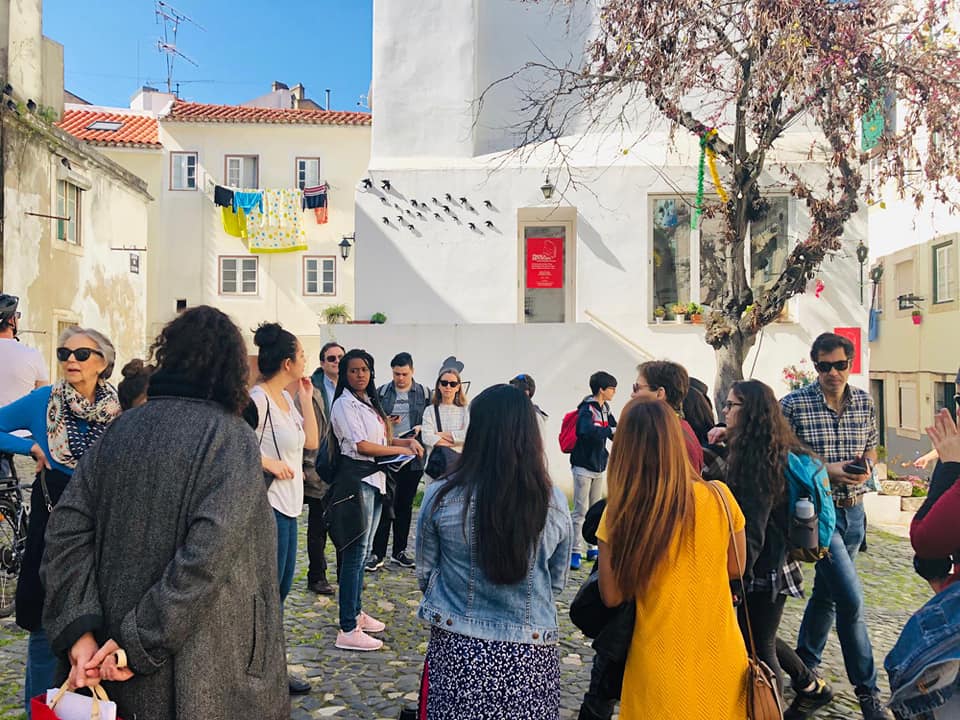 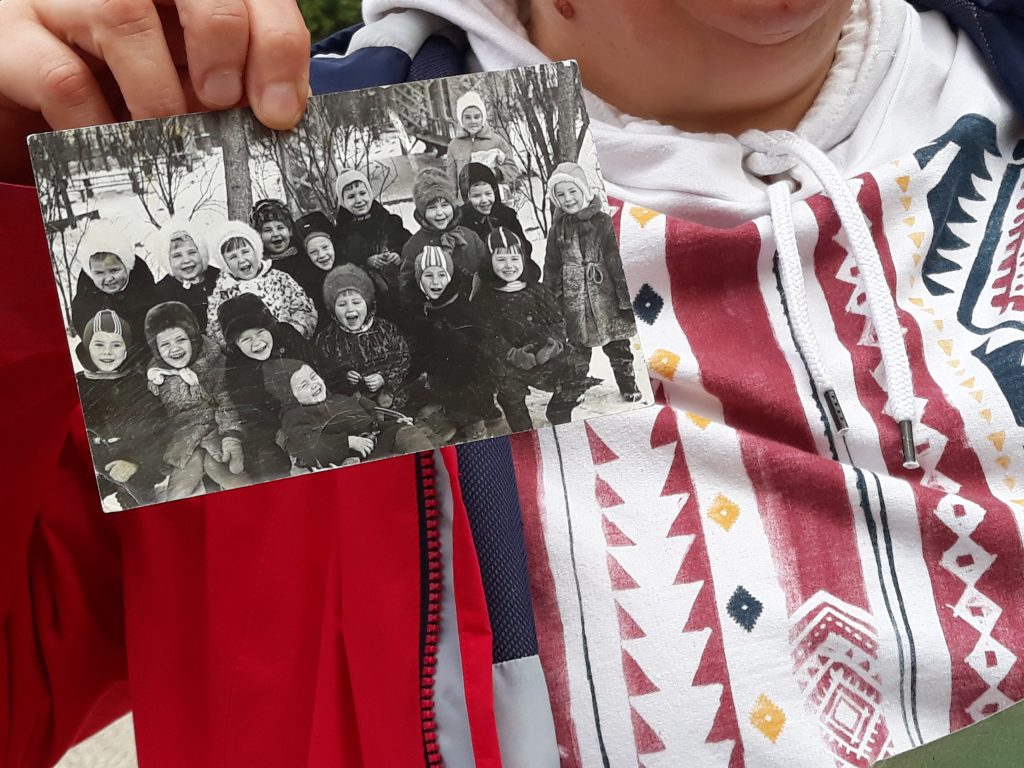 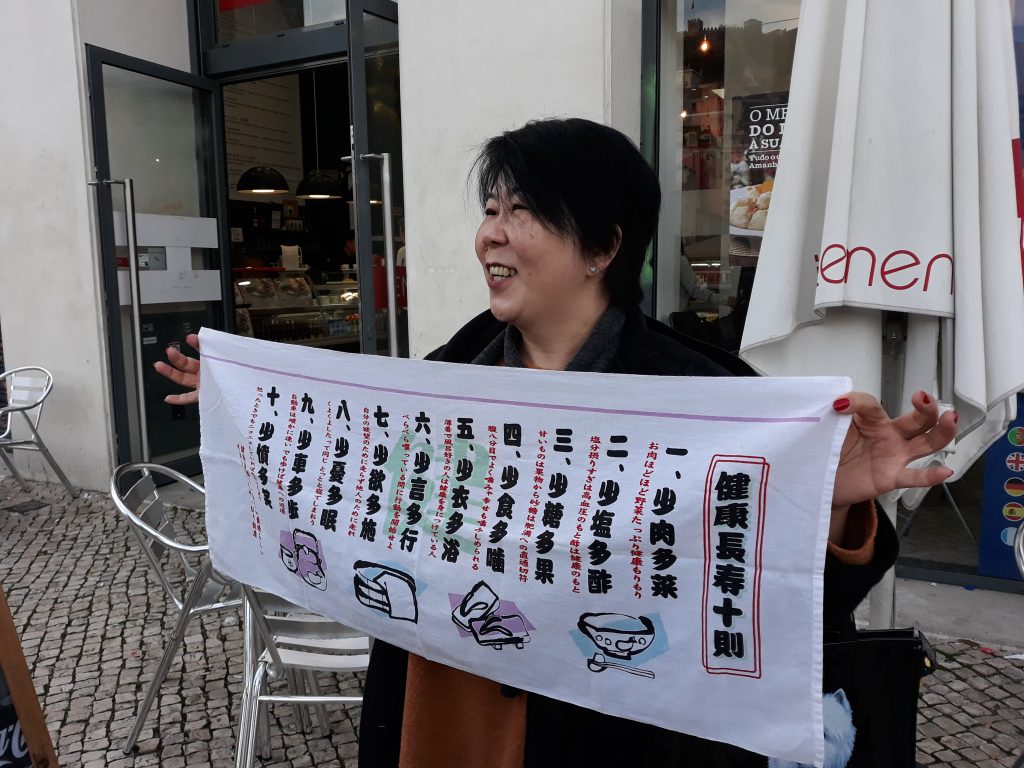 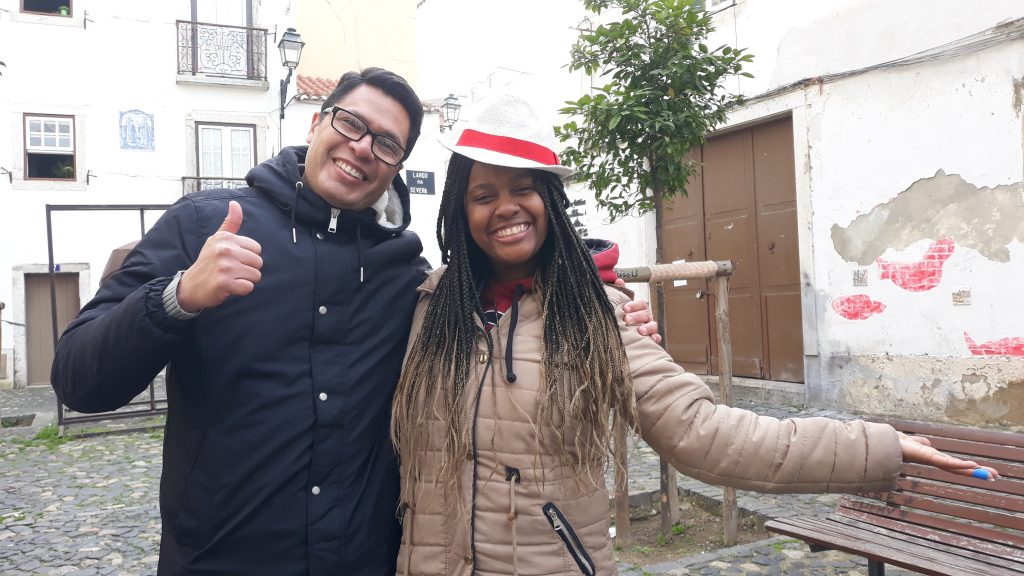 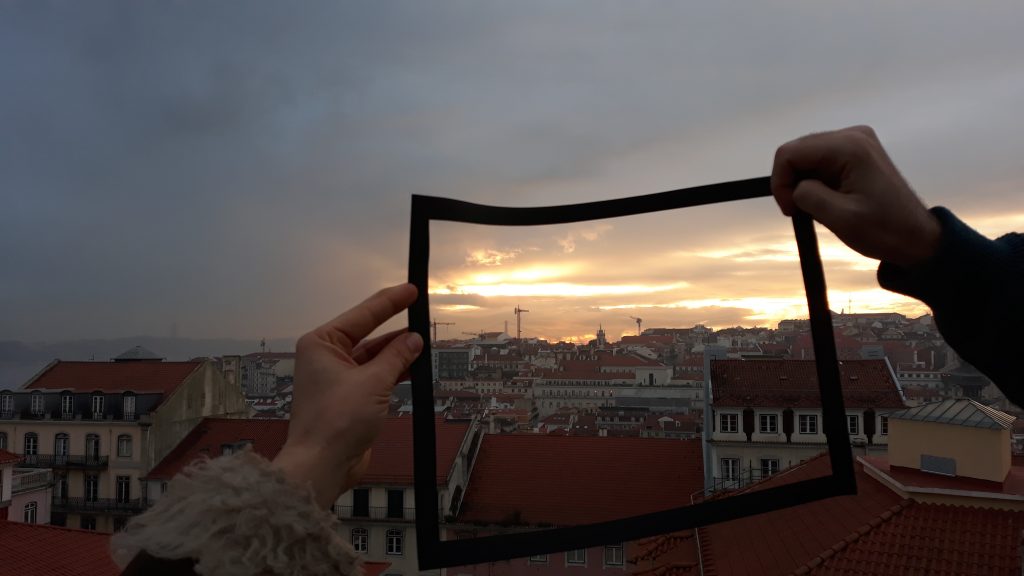 More about this Program

What is the itinerary for this experience?

Please note that the schedule of the tours is flexible and the starting times can be determined by appointment.

Are children allowed to join this volunteer program?

Yes, children are also allowed to take part in this program, if they are accompanied by their parents or legal representative!

Does this experience include the transportation from my accommodation?

No, your transportation is not included, but we can offer this service for an extra cost! Just shoot us an email and let us know the exact time and location, and we'll be there on time!

Does this program require a high level of physical fitness?

No! All activities within this program only require a medium or low level of physical fitness!

Is accommodation also included in this experience fee?

No, accommodation is not included in this trip. You'll need to organize your own accommodation, but we are happy to assist you in finding a suitable one if you like! Feel free to get in touch with us!

Impactrip deposit fees are designed to be as affordable as possible to allow everyone to join our programs. Therefore, considering its limited capacity and the expectations of everyone involved, ImpacTrip is unable to provide a total refund policy.

The deposit fee is refundable until sixty days before the start date of the volunteer’s chosen program. Requests for deposit fee refunds must be made via an email to your ImpacTrip Booking Manager, clearly detailing the reasons for cancellation.

Cancellations are subject to the following policies:

ImpacTrip reserves the right to revise its program fees at any time. All program fees revisions will be made via the ImpacTrip website. Program fee revisions are not applicable to volunteers who have already submitted their payment before the revisions are due to take effect. A volunteer’s placement on a program is not confirmed until the deposit fee has been paid in full and the availability has been confirmed by their ImpacTrip Booking Manager.

Will I be able to enjoy the experience even though I do not speak a word in the local language?

Yes, of course! All of our programs are held entirely in English!

And... you can book language classes with us before or on arrival.