In 2017 a social problem arose to which it was necessary to respond, and it was the arrival of Syrian refugees to Portugal, which was one of the countries that was not indifferent to the humanitarian tragedy in that country.

These refugees had fled on foot from Syria to Turkey and from there to the refugee camps in Greece. Some took about a year to arrive in Portugal with their children still small and subjected themselves to all sorts of dangers in order to escape the scourge of war. 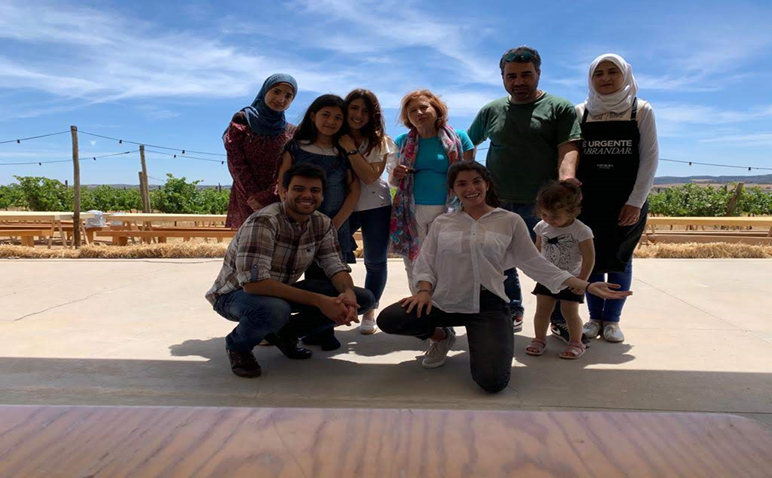 Meanwhile, in a school subject about social entrepreneurship at the New University of Lisbon, a young dreamer named Benny, was trying to respond to this problem, and she joined Michele and Lauranne and created a project “with legs to stand on”.

Through a mutual friend they met a Syrian refugee family, Maisaa, Ali and their 3 small children and also AMAL, Ali’s sister and her two small children, and proposed them that through their work and the support of the team, they could start a new life more beautiful than the previous one!

From this, came the project of creating a company named Associação Amal – Hope for a new Home. By the way, Amal means hope in Arabic.

Besides the support from Nova University, they created a crowdfunding campaign in order to collect all the necessary resources to start this journey and obtained other institutions such as IPAV (Instituto Padre António Vieira) that gave us the space that we now use as a certified laboratory for our productions!

Once the team was complete with the addition of new specialists, the search for the perfect soap recipe began.

Our soaps are created based on the millennial tradition of Aleppo (which is the first city in the world that produced soap as we know it today). Amal soaps use 80% Portuguese olive oil, 10% coconut oil, and essential oils of the best quality and origin in their composition.

We always produce a product that is plant-based and sustainable in both production and packaging.

The team has been changing but the spirit always remains the same. To create bridges between the two cultures, the true integration that is in the resolution of the small day to day problems and in the celebrations of some conquests such as the Infarmed certification.

AMAL SOAP brought us a huge spirit of togetherness and sharing, and the gift of a wonderful product made with much love, dedication and, above all, humanity.

In the future we hope to grow, to empower more families (preferably women) and to increase the visibility and use of our soaps, among the Portuguese people.

“Hello, I am Graça and altough I am not young in terms of age, I am young in my heart and I am very inloved with life. I have worked very hard in multinational companies but now I am dedicated to the Amal Soap project since February 2020. I love what I do!